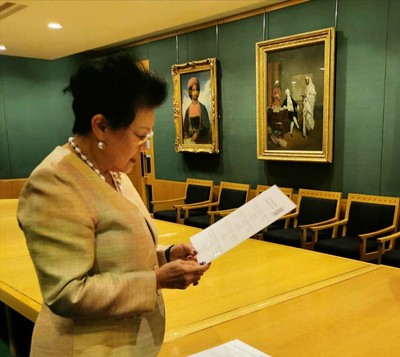 The Pāḷi Tipiṭaka is the complete and pristine collection of the Buddha’s words, which have been recited, preserved, and handed down from generation to generation for nearly three millennia.

The 40-Volume in Roman-Script Edition, published on the 20th Anniversary of the World Tipiṭaka Project in 2019, was based on the Great International Tipiṭaka Council, held in Yangon in 1957. It has been proof-read, transliterated from Burmese-Script into Roman-script, and then published in Bangkok for the first time in 2005 by The Mom Luang Maniratana Bunnag Dhamma Society Fund under the Patronage of His Holiness the 19th Supreme Patriarch of Thailand.

The International Phonetic Alphabet (IPA) in the Index has been recently updated in accordance with the Kaccāyana Grammar of old, as well as the Syām-Script Orthographic Writing by Emeritus Professor Dr. Vichin Phanupong. It is our great pleasure to present this latest publication of the World Tipitaka as a gift of Dhamma to the British Library.

To make the Pāḷi text in the Tipiṭaka more accessible to ordinary readers, the World Tipiṭaka Foundation has recently published the Tipiṭaka in modified Phonetic Alphabet-Pāḷi, as well as the Tipiṭaka printed in  international musical symbols.

These two new Pāḷi transcription editions are based on the World Tipiṭaka Patent No. 46390 : Automatic and Syllabic Segmentation in Digital Printing Technology, and was given the title of Sajjhāya Phonetic Edition in 2017.

The presentation ceremony at the British Library today has its special place and meaning. It draws back to our shared history of close and cordial ties between our two countries, spanning over more than four centuries. It also highlights our social relationships and common respect for different cultures, religions, and philosophies of humankind.

It is therefore a great pride for the World Tipitaka Foundation to introduce the 80-Volume Sajjhāya Tipiṭaka Edition which had made page references and innotations to all the world’s major editions, particularly the historic Syām Script 1893 Edition, of which had been bestowed by King Chulalongkorn Chulachomklao of Syām as a royal gift to leading international libraries in England over a century ago.

The presentation of the Sajjhāya Phonetic 2019 Edition, the first set in UK, to the British Library will thus herald a new era of innovative Tipiṭaka studies in digital printing, linguistics, and sound technology.

Moreover, it is an auspicious occasion that the Pāḷi Manuscript, which is the commemorative edition published in honor of His Late Majesty King Bhumibol the Great, and together with the Pāḷi Notation which is also the commemorative edition published in honor of Her Majesty Queen Sirikit, the Queen Mother, who studied music in London during her father’s diplomatic post as the Thai Ambassador to the Court of St. James's.

On behalf of the World Tipitaka Foundation, I would like to express my sincere appreciation to the British Library and the Royal Thai Embassy for their successful collaboration. Also a special acknowledgement to Naresuan University in Thailand and it's faculties for their institutional academic supports.

Now, I would like to recite a passage from the Sajjhāya Edition for this auspicious occasion. 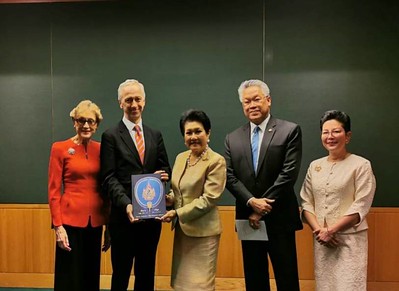 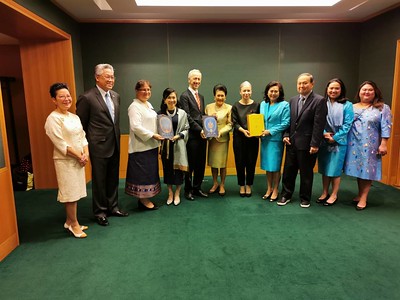 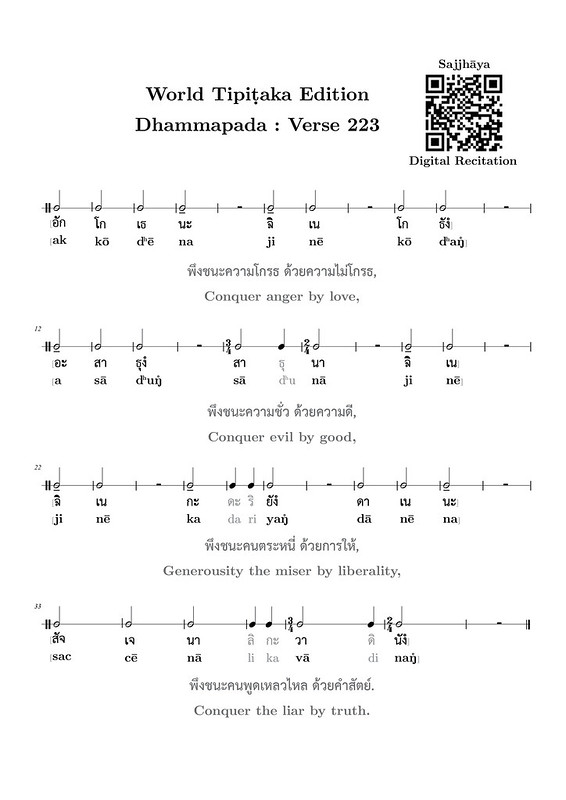